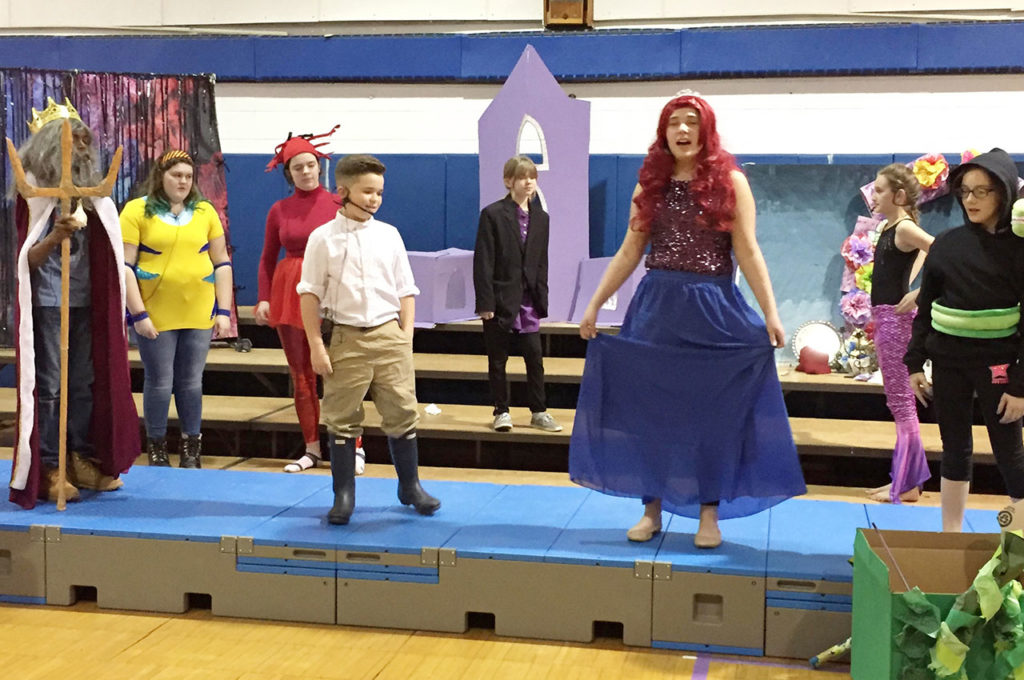 Months of rehearsing afterschool paid off for the Gardner-Dickinson Drama Club who presented the musical “The Little Mermaid Jr.” on Mar. 31 and Apr. 1.

Performing the musical’s signature songs such as “Under the Sea” and “Kiss the Girl”, the 24 students in Drama Club drew standing ovations from a packed gymnasium for each show.

This was the first year the Drama Club performed the school musical twice. Superintendent Dr. Thomas Reardon said the change worked out well, particularly because the musical typically takes place the day before graduation.

“The Drama Club really had a chance to stand on their own without so much of the focus on graduation,” said Dr. Reardon. “I’m so proud of our students. It was awesome to see such a wide range of students working so hard behind the scenes and then taking a risk by putting themselves in the public eye. That takes courage.”