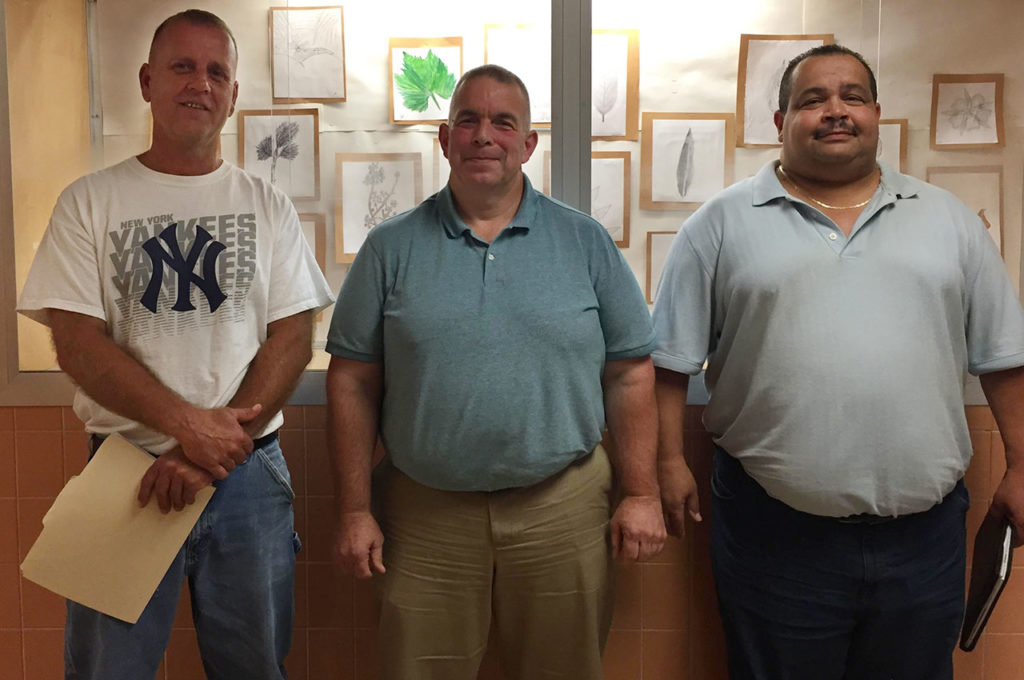 Andy Deguire, a custodial worker with the district for the past four years, was named Buildings & Grounds Working Supervisor at the Sept. 21 Board of Education meeting.

Mr. Deguire will succeed Neal Benassi, who retired at the end of September after nearly 14 years with the district.

“Andy has proven since the day he walked in as a substitute custodian that he truly epitomizes every quality that we want in an employee: positivity, a work ethic that is unmatched, and most importantly he is just excited about his job and takes such pride in seeing this building look better than it did the day before,” said Superintendent Dr. Thomas Reardon.

Mr. Deguire has worked his way up through every custodial position in the building. He previously worked in private industry for 27 years, something Dr. Reardon said helped instill great customer service and a desire to improve district efficiency.

“Andy truly has done every job here, from emptying waste baskets to changing air filters on the roof to re-envisioning how we set up events,” said Dr. Reardon. “His big line is ‘I will never ask anyone to do something that I wouldn’t do myself’ and he has modeled that in his work every day.”

“Even his spirit is contagious,” said Dr. Reardon. “You can ask any staff in this building that has the privilege of having him on their floor. It doesn’t matter what day it is or if you’re the last of 15 people to ask for a roll of paper towels; it’s always ‘absolutely, whatever I can do.’ ”

The Board of Education also approved the hiring of John Oathout and Jeffery Palmer (left and right in photo, respectively) to fill two vacant custodial staff positions at the Sept. 21 meeting.

“They’re really positive additions to our school community who are excited to work with our community and our students,” said Dr. Reardon.

Dr. Reardon thanked Mr. Benassi, who he noted also rose the ranks by starting out as an evening custodian with the district.

“In his 13 1/2 years, Neal saw the district through a lot of changes, transitions and previous construction projects,” said Dr. Reardon. “I think we are where we are today in large part due to the work of Neal Benassi.”